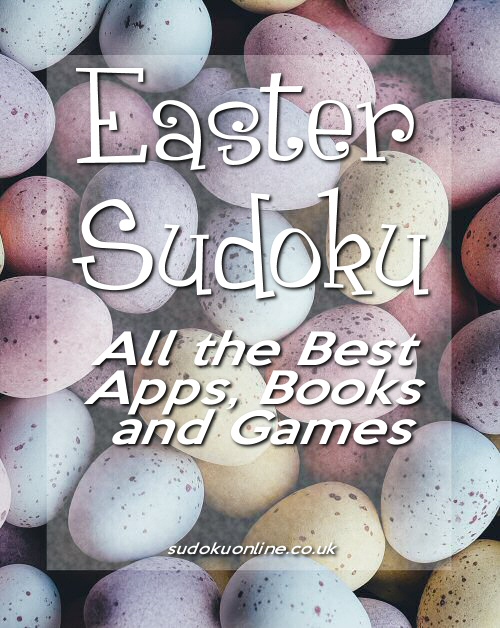 Spring is in the air! Bunnies are bouncing and chicks are chirping! Green shoots are appearing on the trees!

Well, maybe it is not that warm yet, but as Easter approaches, why not have some spring Sudoku fun with some Easter Sudoku puzzles?

There are books of Easter sudoku puzzles available, Easter-themed Sudoku apps and and even online easter Sudoku games to play.

Don't you think a book of Easter Sudoku Puzzles would make a great Easter gift for a Sudoku fan? Much better for your teeth than chocolate!

Hard Sudokus which should keep you puzzling for the whole Easter weekend! 216 Sudoku grids along with 60 extra logic puzzles.

Sudoku is a great way of keeping your brain active - so get the kids hooked while they are young! This book has 140 puzzles aimed at kids 8 years and above.

These Sudoku puzzles feature not numbers but Rabbit images. Easter fun for all the family. The set includes more than 100 stickers for completing the 12 puzzles included.

This Easter app features four levels of difficulty on a beautiful blue board with Easter egg numbers! You can play thousands of sudoku games with Easter Sudoku. It can be Easter all year round! This is also available for free on Google Play.

Easter Sudoku Game - This is the app listed above, which you can play online for free.

Mathsticks - Educational website with a set of three 6 by 6 Sudoku grids featuring Easter Eggs instead of numbers.

Gift of Curiosity - Printable 4 by 4 Sudoku boards with egg tiles to get young children into Sudoku.

Have A Happy Sudoku-ing Easter! 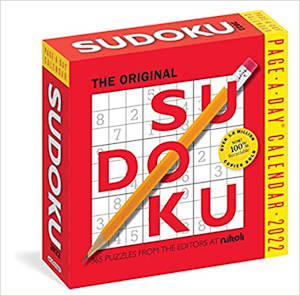